It was festival day, the celebration of the “true cross” in the oldest Christian nation in the world. The clock had rolled back 7 years to a date that happened to be the worst day of my life. But, this time I relived it my way.

The sounds of joy filled the streets of Lalibela and woke me up the first morning. Bonfires burned throughout the streets and devout Christians were imbued with the spirit of generosity, especially on Meskel Day the second largest observance next to Easter.

The Northern Ethiopian city is home to 11 rock-hewn churches built in the 12th Century at the behest of King Lalibela. He wanted to create a New Jerusalem because travel to Isreal was too dangerous. The carved monolithic churches house fading antiquities that aren’t hidden away or hoarded by any of its custodians. Visitors are invited to touch a 900-year-old Bible or kiss a 12th-century wall painted with fading religious depictions.

It is a place where Christianity is an interactive experience. There’s plenty of pageantry and very little pretentiousness. There are no glass walls between believers and artifacts. And their beliefs are set into motion in the form of giving and brotherhood. I know this because I was the recipient.

The acts of devotion flowed through the streets leading into Lalibela in the form of pilgrims, many of whom had walked for days because of their faith. Just as impressive was the charity from locals who hosted weary pilgrims, fed them, gave them a place to rest and washed their feet as an act of humility.

As I set out to explore the city, I had a chance encounter with an Egyptian bishop who had made the pilgrimage to shore up a historical bond between the two countries. I spotted a tall imposing man with a white and silver beard stretching down his chest where a large cross rested. I snapped a picture of him in his imposing black cloak in front of the St. George Church. He motioned to me and asked, “Would you please send that picture to me?” He then pulled out a 10 Birr note and wrote his personal email on it and said, “This way you will not forget me.” He’s right. I still have that note.

THE TUNNEL OF HELL

After a tour of the rock-hewn churches of Lalibela came the “walk through hell.” Hell is described in the Bible as a “darkness and gnashing of teeth.” It is the absence of light, of good and a window into your biggest fears.

Underneath Lalibela’s Asheton Maryam Monastery is the Tunnel of Hell, a path entombed by rock, muffling all sound, shutting out all light and leaving you only with your thoughts and the sound of your breath.

My guide that day wouldn’t tell me how long the path was. Step by tiny step through a narrow passage felt like an eternity. Finally, after a few beads of sweat and inner panic, I saw the light at the end of the tunnel. Literally!

We ascended up and into the sweet eyes of a priest who took my hand. That was the ascent into heaven. That was the lesson that many non-believers were given through hundreds of years, a walk through limbo and your inner-most thoughts.

It was a perfect transition that the next thing I did in Lalibela was to attend the Meskel celebration where hundreds of the faithful gathered. Dozens of priests and bishops circled a pyramid of sticks and branches as a choir sung and danced to drums. The crowds were so huge that I couldn’t get a good shot of the ceremony until a few boys who had made friends with me earlier ushered me past the crowds and into the circle.

I was now on the ground floor of the festival with a great vantage point. As the ceremony wrapped up, the boys asked for their picture to be taken and took my email. That exchange would end up to be a very rewarding one in the future where the boys, who nicknamed themselves the “Lalibela Boys” would keep in touch with me and send me the sweetest hand woven scarf as a thank you for a few English dictionaries. The boys are typical of the type of sweet-hearted people that are throughout the country–poor, exuberant, giving and all with the same dream–an education.

I said my goodbyes and was off to tour the old churches.

THE CASE OF AN ANTIQUITY THAT WAS NEARLY RUINED

Just a few hours later, we arrived at Asheton Maryam Monastery. I was welcomed by a withered monk who showed me the humble church along with the paintings that should have been in a museum. He lifted an old blanket and traced his boney finger along the 900-year-old painting.

As he backed up to give me a better look, another equally priceless antiquity started to fall. “Nooo!,” I lunged forward to grab the painting that about to be impaled by the candelabra sitting on the floor. The monk and the guide seemed unphased by what just happened. This is Ethiopia. This is Africa.

A PRAYER FOR MY SON

Setting off to see Yemrehanna Kristos, I was feeling tired and made a joke about my age. My guide, Molla turned to me and said, “You are always 7 years younger here in Ethiopia. According to the Gregorian calendar, it was September 25, 2009. My mouth fell open. I told him, this was the day that my son died. It is what started me on my travels and eventually brought me there. He told me that there are no accidents and asked my permission to say a prayer. I agreed.

We hike to the church that sat at the top of a very steep mountain. Winded and a little sweaty from a case of bronchitis I was recovering from, I stopped when I saw a waterfall and noticed a church tucked behind it inside a cave. I covered my hair, took off my shoes and stepped carefully on the bamboo mats as I took it all in.

We walked around the church and saw the bones of pilgrims wrapped in linen and piled up. In front of the open cemetery were three gilded chairs to hold church. As we went to leave, my guide asked me to step inside a small building that was being unlocked by the priest. This wasn’t on the tour, but I was curious to see it nonetheless. The priest ducked behind a curtain and came out with a lit candle, which he handed to me.

“What is he doing?” I asked. “He is saying a prayer for you and your son,” said Molla. The priest opened the Bible and with only the light of a candle began to deliver a prayer from the ancient text as he spoke in Ge’ez, Ethiopia’s ancient liturgical language. I didn’t understand the words, but the intentions reached me. Half a world away on the day of my son Corey’s death, a man prayed for him just as our preacher did for us that very day at home. The loop had closed between time and distance and bound these two events forever. I began to cry, not out of grief but extreme gratitude.

I exited the dark chamber and was led into the bright daylight outside where several people were waiting. The priest held several pieces of flatbread that he blessed and then gave them to me to pass out. He asked me to give the bread to the poor and hungry. This stood as a reminder that we all struggle in life and I wasn’t alone.

On the quiet walk back, I smiled and realized my guide was right, nothing is an accident.

The Tribes of Omo Valley 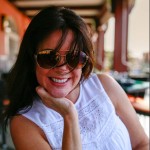